Rogers County Sheriff Scott Walton began his law enforcement career in 1980 as a patrolman for the Tulsa Police Department.

Before entering into law enforcement, Walton completed his education and earned an Associates Degree at Rogers State University (then known as Claremore Junior College) and went on to attend Northeastern State University to earn a Bachelor’s Degree in Business.

Scott Walton was born and raised in Rogers County and is a product of a multigenerational Rogers County family. “There’s so much about Rogers County that other places simply can’t measure up to,” he says.

After entering law enforcement Walton was assigned to the patrol division but was determined to earn a mass of knowledge and sought assignments in other areas of the department. Walton’s first assignment out of patrol was as a K-9 officer. Scott and his four-legged partner, Beau, worked together for several years until Walton was tapped to serve in the detective division.

With his experience as a detective Walton went on to another specialty assignment with the Special Investigations Unit. The elite unit was charged with fighting the booming narcotics trade and tackling vice crimes. While in the SID Walton was accepted as a member of the Multi-Jurisdictional Task Force. The Multi-Jurisdictional Taskforce was a special unit that pulled in the resources of many Tulsa Regional Law Enforcement agencies with the mission of going after the most elusive and dangerous criminals.

Walton rode high for another specialty assignment when he tried out and was accepted to the esteemed ranks of the Tulsa Police Mounted Patrol. As an officer in the Mounted Patrol, Scott rode horseback in dangerous, high crime and concentrated areas. Still, Walton wasn’t finished expanding his knowledge base. He took another assignment in the newly formed Street Crimes unit. The Street Crimes Unit was formed to respond to the need for undercover officers to fight street-level vice crimes, such as local drug dealers, pimps, prostitutes, thugs and other forms of low life at the street level.

When school violence was thrust into the spotlight, Walton was at the forefront of keeping kids safe. The Tulsa Police Department, in conjunction with the public schools, began a program that placed police officers inside of schools to help combat school violence and keep drug dealers away from children. Walton was one of the first School Resource Officers and learned the value of partnerships between law enforcement and education.

With the massive amount of knowledge of departmental operations, Walton was assigned to be the public face of the Tulsa Police Department when he was assigned to the Headquarters Division of the TPD to serve as the Public Information Officer. He also became the coordinator of the Citizen’s Crime Commission where he coordinated with the public, the press, and the numerous organizations that comprise the spirit of cooperation with the police. As a part of his service as the Crime Commission’s Coordinator, Walton became an integral part of the Crime Stoppers organization. During Scott’s service, researchers discovered that the Tulsa Crime Stoppers program had become the most successful program operating in the entire country with a 77% arrest rate. It was during his service in the Headquarters Division that Walton was able to fully see the power of partnerships between the public, local businesses, the media and law enforcement.

Walton remains committed to creating partnerships between law enforcement and the public it serves and to providing the best level of law enforcement services for the community. 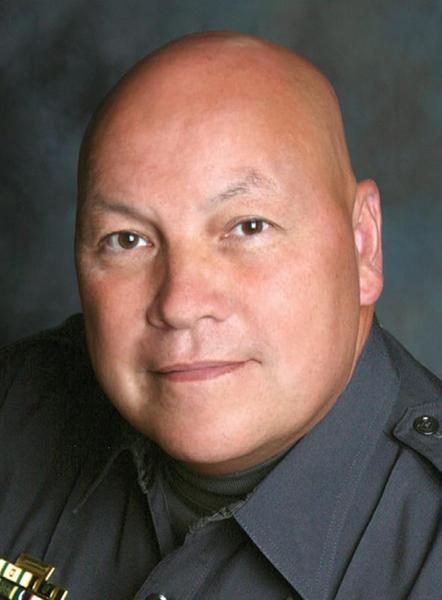