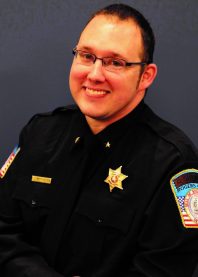 Jon Sappington is a Claremore native and graduate of Claremore High School and holds an Associate of Arts Degree from Rogers State University.

In 2012, he was promoted to Undersheriff and since has been instrumental in the implementation of a new records management system, new county wide 800 radio system, the jail body camera program and the development of the Sheriff’s Office Grant Program which currently earns the Sheriff’s Office an average of $200,000.00 per year in state and federal grants.

Undersheriff Sappington is a sitting board member of Leadership Rogers County.  He serves as a Deacon at his church and along side his wife runs the church kids ministry.

When not at work, Undersheriff Sappington enjoys spending time with his wife and two sons.  They can be found fishing at the lake and enjoying the movies. 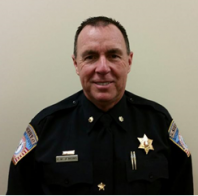 Major Coy Jenkins has served with the Rogers County Sheriff’s Office since June 2013.

He has more than 43 years of combined law enforcement experience, having previously began his professional career as a Tulsa Police Officer, and later serving in several training capacities within municipal, county, and State law enforcement agencies.

Prior to being employed by Rogers County Sheriff’s Office, he served 15 years as a Tulsa County Sheriff’s Deputy, assigned to the SWAT Team. He holds a Bachelor of Science Degree in political science from the University of Oklahoma, with a minor in police administration.

He is an alumni of Leadership Rogers County, serves on the Rogers County Youth Services Board and participates as an adult volunteer for Boy Scouting. Major Jenkins is also active in Oklahoma’s Criminal Justice and Mercy Ministries, where he provides assistance as a mentor to challenged youth.

He is a member of the National Association for Search and Rescue and the National Volunteer Law Enforcement Officer’s Alliance.

Among other accomplishments, Major Jenkins is a recipient of the department’s Unit Citation and Sheriff’s Commendation Awards.

Virgil Carter is the Administrative Captain for the Rogers County Sheriff’s Office.

Captain Carter began his law enforcement career in the Rogers County Jail in April of 2009 as a detention officer, by September of 2009, Carter was promoted to night shift supervisor.

In 2011,  Captain Carter was transferred to the patrol division of the Rogers County Sheriff’s Office and attended and graduated from the state of Oklahoma’s CLEET Academy.

In 2013 Captain Carter was made part of the Alternative Court team and enjoyed the work and valuable experience this assignment gave him.   In 2014 Captain Carter attended Oklahoma’s Council on Law Enforcement Education and Training Criminal Investigation Academy, completing 120 hours of training. In October of 2015, Captain Carter completed Desert Snow (interdiction) training and November of 2015 completed Basic Swat Training through the Cherokee Marshall Service.

On November 30, 2016, Captain Carter was promoted to administrative captain after serving as one of the Rogers County Thug Task Force members for approximately 4 years. Since that promotion, he has completed many assignments at the direction of the Sheriff and Undersheriff.

Captain Carter has had the opportunity to attend and complete several certification and training courses from CLEET, AONE, TPD, Desert Snow and NCEA including; 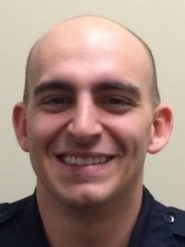 Zachary Starkey is the Rogers County Jail Administrator holding the rank of Captain.

Captain Starkey’s most recent advancement has been serving as the Rogers County Sheriff’s Office Jail Administrator. 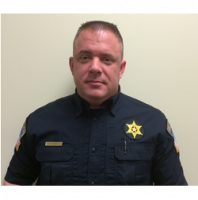 Lt. Walker retired as a Patrol Sergeant from the Oklahoma County Sheriff’s Office on Dec. 1, 2014. After his family relocated to the Tulsa, Oklahoma, area, he joined the Rogers County Sheriff’s Office on Feb. 1, 2015. In his current role, he is responsible for oversight of the patrol division. When he is not engaged in normal Patrol functions, he continues his pursuit of the criminal element traveling to and passing through Rogers County.

Lt. Walker has received numerous awards throughout his career from the State of Oklahoma, the United States Drug Enforcement Association, the Oklahoma Sheriffs and Peace Officers Association, the Oklahoma County Sheriff’s Office, the Rogers County Sheriff’s Office and civic groups. In 2018 he was honored to be the thirtieth officer nationwide to have been awarded the prestigious “Royal Knight” Award – in existence for 31 years, and open to state, local, and federal Law Enforcement Officers nationwide.

When he is not training or working, you will find Lt. Walker spending time with his wife of 22 years, or fishing with his 16-year-old son.

Some of his career totals are listed below: 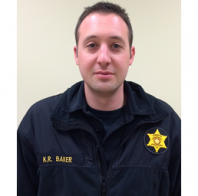 Kyle Baker has served the Rogers County Sheriff’s Office since June of 2007.
Lt. Baker holds an associate degree in Criminal Justice and received his CLEET certification from the COPS program at Rogers State University. Lt. Baker also holds a bachelor’s degree in Criminal Justice graduating Cum Laude from Central Christian College of Kansas.
Lt. Baker has held many positions during his career at the Rogers County Sheriff’s Office including shift supervisor in the jail, Patrol Sergeant, and his current position as a Lieutenant over the Criminal Investigations Unit.
Lt. Baker currently supervises the Criminal Investigation Unit and is responsible for all Criminal Investigations within Rogers County including but not limited to Murder, Rape, Violent Crimes Against Children, Robbery, Burglaries, and Theft.
Lt. Baker is an active sitting board member of the William W. Barnes Children’s Advocacy Center, advocating for children who are physically and sexually abused. 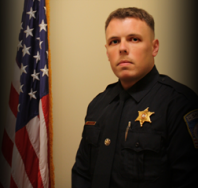 Rogers County Criminal Investigator, Lt. Daniel L Welch graduated from Claremore High School in 2003. Shortly after graduation, Daniel enlisted in the United States Marine Corps where he earned several awards for distinguished service and is an Operation Iraqi Freedom veteran. After being honorably discharged from the United States Marine Corps, Daniel began his law enforcement career with the Rogers County Sheriff’s Office in 2007 as a Detention Officer where he would advance to the rank of Sergeant in the Detention Division. Daniel joined the uniformed Patrol Division in 2011 where he advanced to the rank of Corporal and performed Field Training Officer duties.

In 2015 he was selected to join the Criminal Investigations Division and was promoted to the rank of Sergeant. In 2016 Daniel was selected to assume the administrative training officer duties for the office and was instrumental in designing and developing the first Detention Officer Training Academy for the Rogers County Detention Division. Daniel is also an Investigator for the 12th Judicial District, District Attorney’s Task Force. In 2018 he was promoted to the rank of Lieutenant. 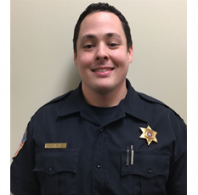 Lt. Masingale began his career in law enforcement with the Rogers County Sheriff’s Office in December of 2011 as a detention officer.  During Lt. Masingale’s first three years in detention, he gained valuable experience and quickly was promoted to shift supervisor.  After holding his position as a shift supervisor,

Lt. Masingale currently supervises the Court Guard Division, Classification Division, and the day to day operations in the detention center as well as assist in officer training and continuing education.  Lt. Masingale is a certified Pepperball instructor.